It is arguably the most famous animal execution ever—the killing of Topsy the elephant at Luna Park on Coney Island in January 1903.  It received national coverage in the newspapers, and the Edison Manufacturing Co. sent a film crew to document it. The execution, chiefly by electrocution, has since been the subject of articles, books, and television documentaries, and in recent times has become something of a cause célèbre.  These days it is usually erroneously portrayed as a key moment in the so-called “Battle of the Currents” between Edison’s direct current system and the Westinghouse-Tesla alternating current system, the outcome of which (a victory for Westinghouse) would determine the course of electrification world-wide. 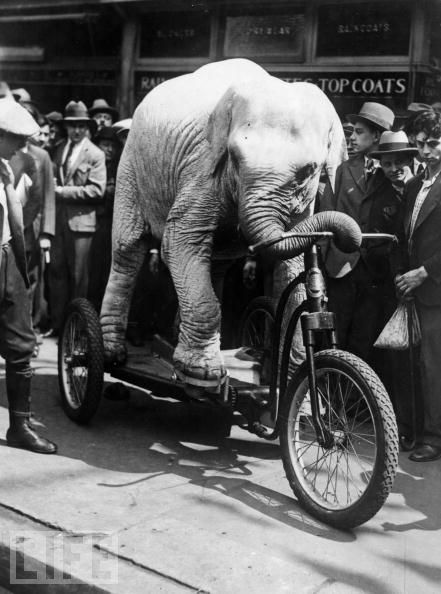 As American society has become more sensitive to the suffering of animals, the execution of Topsy has also been portrayed in the popular media as an example of animal cruelty. Edison has therefore been accused of torturing Topsy in order to satisfy his ego and further his commercial interests. Wired magazine’s online edition, for instance, ran a story on Topsy with the headline “Edison Fries an Elephant to Prove His Point.” The point ostensibly was that the Westinghouse AC electrical system was much more dangerous to consumers than Edison’s DC system.  Elena Holodny, writing in Business Insider, chimed in, too, noting that Edison “sought to prove that alternating current actually can kill quickly.” Holodny then goes on to say that “at a demonstration [Edison] held at Coney Island, he electrocuted and killed a circus elephant named Topsy.” Countless other websites have followed suit, making the same claim against Edison, likely because the film made of this singular event was given the title “Electrocuting an Elephant—Thomas A. Edison.”

But was Edison to blame? Did he have anything to do with the execution of Topsy? The answer is an emphatic “no.” Topsy was sentenced to death by Luna Park officials after she had killed three men over a three-month period.  That she had, under the goading of her drunken handler, menaced the local police and some workmen likely also influenced amusement park officials in their decision to rid themselves of the elephant.

Luna Park management initially planned to hang Topsy.  But the Society for the Prevention of Cruelty to Animals objected, claiming that this method of execution was unnecessarily cruel.  To meet these objections, park officials, with the approval of the SPCA, subsequently decided to use a combination of poisoning, strangulation, and electrocution.

While Edison had nothing to do with the decision to euthanize Topsy and took no part in the proceedings, the SPCA’s understanding of electrocution as a humane means of dispatching animals was certainly influenced by experiments Edison and his associates had made at his West Orange Laboratory during the late 1880s. Edison was prompted to conduct experiments on animals after SPCA founder Henry Bergh, Jr., contacted him to ask whether electrocution might provide a humane way of killing unwanted animals. During these experiments, Edison and his assistants electrocuted a number of animals, chiefly dogs provided by the SPCA.

These experiments at Edison’s West Orange Laboratory did convince SPCA officials that electrocution was a more humane and efficient way of euthanizing animals than either drowning (in the case of dogs) or hanging (in the case of other animals). Edison associates had also used the results of this laboratory research during the Battle of the Currents (1886-1892) to demonstrate that AC was more dangerous than DC. These experiments were also undertaken at the behest of a commission established by the State of New York to find a more humane method of executing criminals and led to the institution of the electric chair as a common method of execution in the United States. However, the efforts by Edison and his company to disparage the Westinghouse system failed as a competitive strategy because AC proved to be more efficient for transmitting electricity over large distances.

Once Luna Park officials had decided that electrocution would be used on Topsy, they required the cooperation of the local electric power company— the Edison Electric Illuminating Co. of Brooklyn, which under the supervision of electrician P. D. Sharkey provided technical assistance and 6,600 volts of power relayed from new General Electric AC generators in nearby Bay Ridge. Like so many local illuminating companies across the United States, the Brooklyn company used the Edison name because it originally employed the Edison system of electric power generation under license from the Edison Electric Light Co. of New York. In most cases, Edison had no personal role in the formation or direction of these companies. In 1903, he played no role in the direction of the Edison Electric Illuminating Co. of Brooklyn, which in any case was acting at the behest of officials at Luna Park in conjunction with the SPCA.

Edison is not mentioned in any of the numerous contemporaneous newspaper accounts of the killing of Topsy. Nor is there any evidence that officials of Luna Park, the SPCA, or the Brooklyn Illuminating Co. consulted him on the case. It is also unlikely that he was personally involved in producing the film “Electrocuting an Elephant,” even though the title bears his name. Although he was the president of the Edison Manufacturing Co., which, among other things, oversaw the film company, day-to-day operations were in the hands of the vice president and general manager William E. Gilmore.

It is worth noting that none of Edison’s extant correspondence from the period mentions Topsy or the electrocution of an elephant at Coney Island or in any other way links Edison to the execution.  And none directs Gilmore or the Edison Manufacturing Co. to make a film of the event. In fact, the correspondence between Edison and Gilmore during January and February 1903 (there is none from December of the previous year) chiefly concerns patents for phonograph speakers.

It is sometimes said that Edison had the film made to further dramatize the dangers of the alternating current system.  It was, according to this canard, all part of the longstanding publicity campaign to discredit AC and promote Edison’s own preference, direct current. But the film could have borne no relation to this so-called “Battle of the Currents,” which had ended more than a decade earlier. Very likely the film company decided to document the electrocution of Topsy because it was of interest to the public.

The execution took place on a dreary Jan. 4.  Topsy was dosed with poison, and a rope was put around her neck. Electricians from the local electric company fitted two of the elephant’s feet with electrodes to administer the shock. Once the switch was flipped, it took just ten seconds before Topsy fell over and died. The New Bedford Mercury reported that the SPCA officers present had said that “they had never seen a more humane manner of causing death,” though they likely had very little real understanding of the effects of electrocution in spite of the experiments Edison had done.

Just how many people came out to witness Topsy’s execution is a matter of dispute. The newspaper accounts vary from several thousand to 1,500 to “only persons immediately concerned and reporters.”  Had Edison been present, the newspapers would certainly have made note of it, but none even mentioned him at all. However many spectators there were, Edison was not among them.