Edison became aware of the importance of telegraph technology through his work as a newsboy on the railroad. The railroads used the telegraph to regulate traffic on their lines, but railway telegraphs also helped to disseminate the news of the day all across the country. Edison served an apprenticeship with railway telegraph operator James MacKenzie and soon took a part-time position as a telegrapher in the Port Huron telegraph office located in a local jewelry store. The store proprietor, Micah Walker, noted that Edison "was no good to wait on customers" and spent much of his idle time tinkering with the telegraph apparatus.

Within a short time, Edison had become a night operator for the Grand Trunk Railway at a small station, Stratford Junction, in Ontario. "This night job just suited me," he later recalled, "as I could have the whole day to myself." But one night, Edison's failure to hold a train so another could pass, nearly resulted in a bad accident, and he was dismissed.

After losing his job at Stratford Junction, Edison moved on to Adrian, Michigan, where he worked in the office of the division superintendent of the Lake Shore & Michigan Southern Railroad. From there, Edison kept moving, working in Fort Wayne, Indiana; Indianapolis, Indiana; Cincinnati, Ohio; Nashville, Tennessee, and Louisville, Kentucky.
While working in Indianapolis, Edison devised his first true invention, a telegraph practice instrument that could record a Morse Code message on paper tape at regular speed and then play it back at a slower speed so it could be written down. Years later, Edison's friend Ed Parmelee reminisced with him about this first invention. Edison later made a drawing of this device in his earliest surviving notebook.

It was in Cincinnati in 1867 that Edison first set up a small private workroom where he could build and experiment with telegraph apparatus. It was also in Cincinnati that Edison was introduced to the experimental duplex telegraph, which could send two messages simultaneously on a single wire. He soon began to make some experiments of his own, jotting down ideas in a notebook. Experimenting with the duplex would eventually lead Edison to invent the quadruplex, capable of sending four messages on one wire. This was his most important contribution to telegraphy. The notebook also included a number of plans for automatic repeaters, a crucial technology in the post-Civil War era that enabled transmission of signals over longer distances without the use of operators. One of these designs, Edison’s "one sounder" or "button repeater," was described in an 1869 book on telegraphy. Daniel B. Grandy, who became an operator at the close of the war, later recalled that "One of the first efforts of the embryo 'electrician' in those days, used to be the invention of a new 'repeater.' " 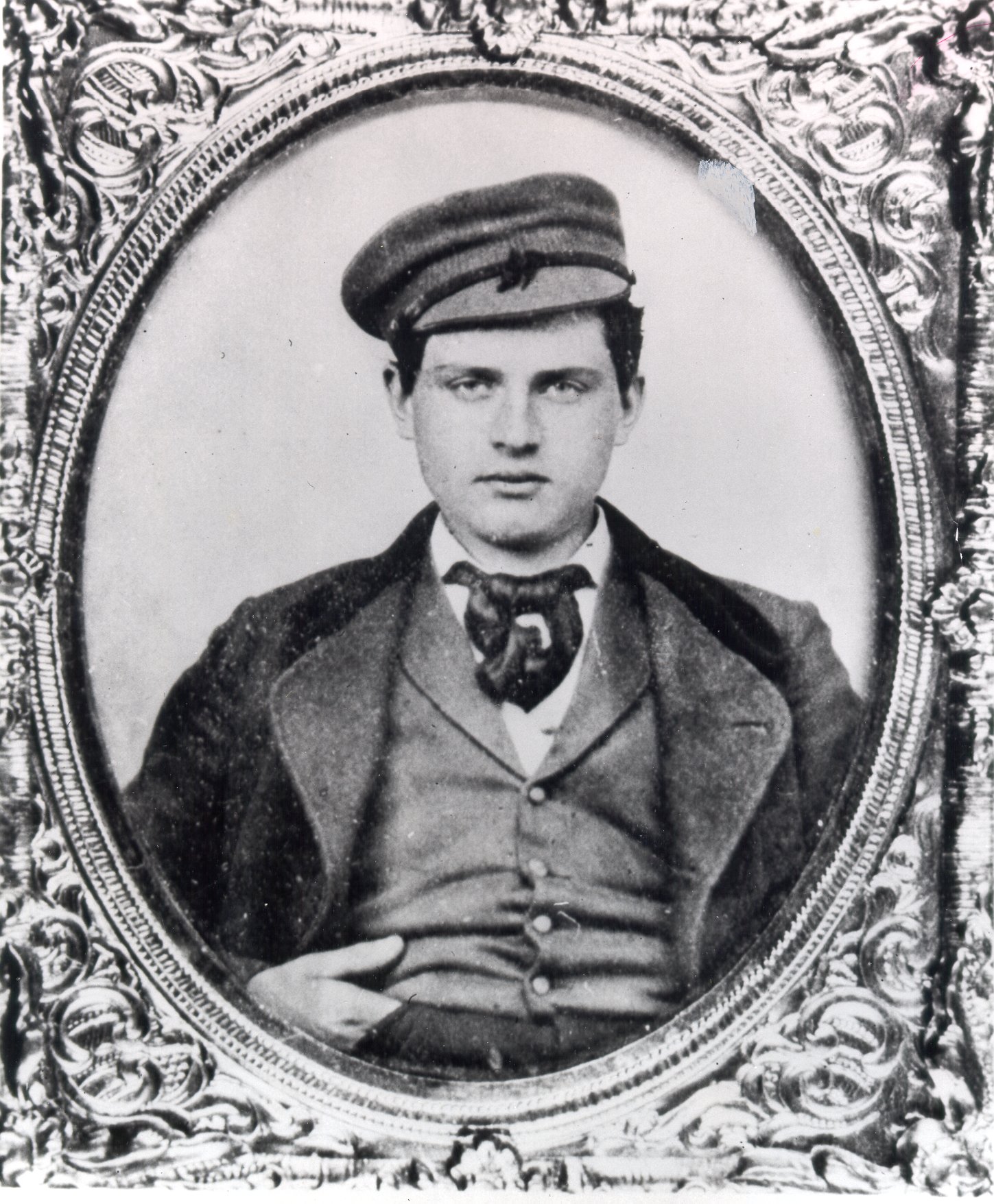