Learning to do Business: Early Entrepreneuship

While working on the railroad, the enterprising young Edison opened two side businesses in Port Huron—a periodical stand and a vegetable stand, both of which could be supplied by the railway. Edison hired boys to work these stands. To increase his profits, he also employed another boy to sell candy on the trains. Edison soon gave up the periodical stand because "the boy in charge could not be trusted." But the vegetable stand proved profitable. "Every morning I had two large baskets of vegetables from the Detroit Market loaded in the mail car and sent to Port Huron where the German boy [his employee] would take them to the store."

When the Civil War broke out, people in towns all along the rail line were anxious for news from the front. This caused Edison's newspaper business to boom. After witnessing the public clamor in Detroit for news of the Battle of Shiloh, he concluded that he might expand his business. "I decided," Edison recalled later, "that instead of the usual 100 papers that I could sell 1000." By using the telegraph to alert customers at each station that he was coming with the papers, Edison succeeded in selling them all and "made what to me then was an immense sum of money."

In the Spring of 1862, Edison began his own newspaper, the Weekly Herald, which he printed in the railway baggage car and sold on the trains and at station stops. The Weekly Herald contained news about the people who lived in the towns along the rail line and also about the employees of the Grand Trunk Railway. 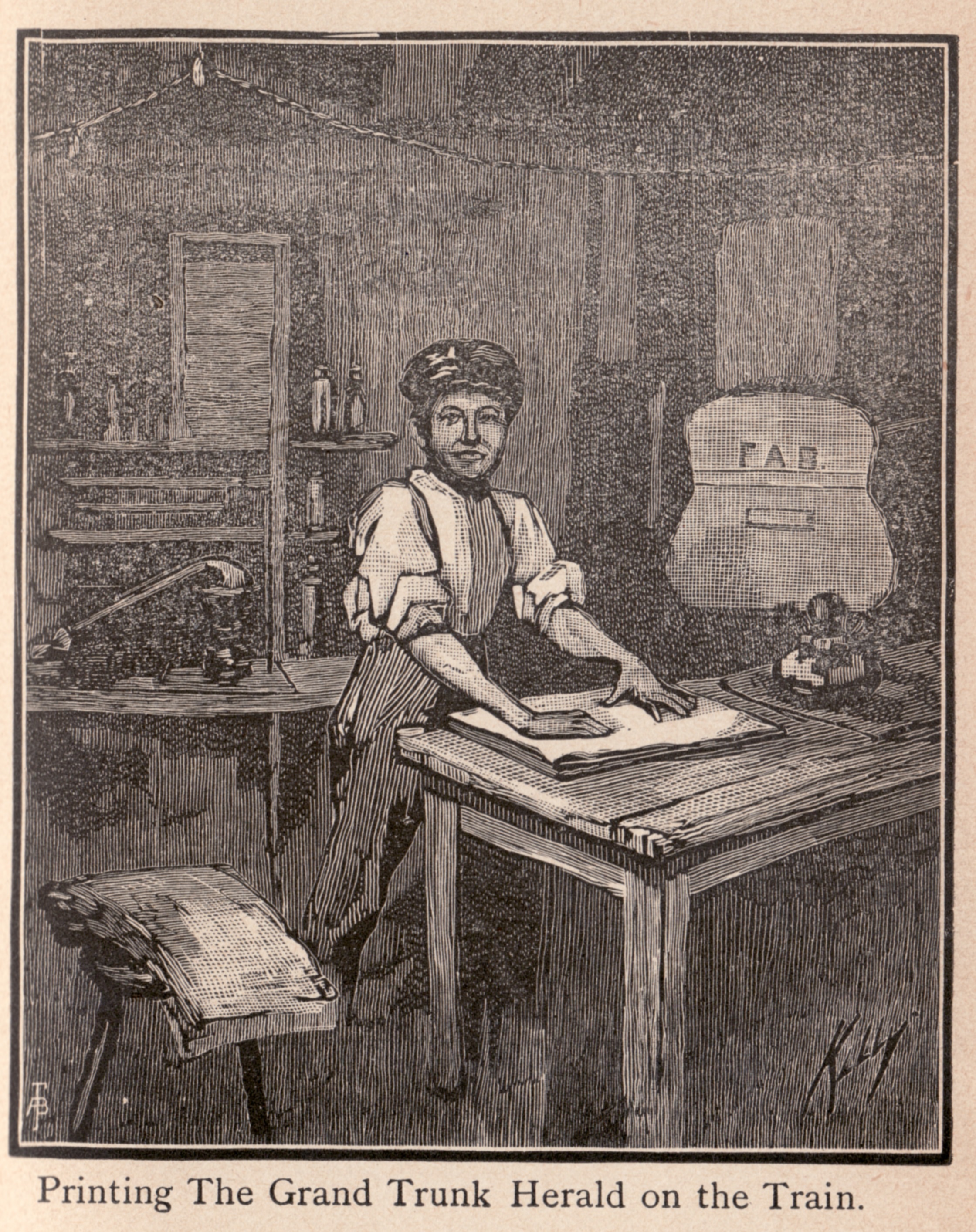