Edison’s public pronouncements about his intention to develop an electric lighting system generated considerable interest on the part of several figures connected with Western Union Telegraph who already held him in high regard as an inventor.  Edison was represented in his negotiations with these men by Grosvenor Lowrey, the Western Union attorney who had been acting as his patent attorney in dealing with the company since December 1875.  Because the electric light inventions were independent of any corporate interest by Western Union, Lowrey told Edison  "that it will be most for your interest and mine, in dealing with them, that I should act with and for you, entirely; and I shall therefore decline to be interested, and will approach the whole matter from your side of the business."  As negotiations drew to a close during the first days of October, Edison wrote "Friend Lowrey" to tell him to "Go ahead.  I shall agree to nothing promise nothing and say nothing to any person leaving the whole matter to you.  All I want at present is to be provided with funds to push the light rapidly." 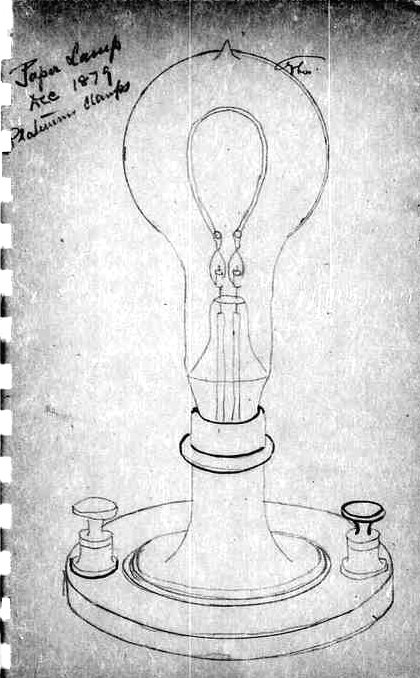 These negotiations led to the formation of the Edison Electric Light Company, which was  incorporated in New York City on 16 October.  The incorporators included Western Union president Norvin Green, who became the company president; Hamilton McKay Twombly,  who represented the interests of his father-in-law William H. Vanderbilt, the principal shareholder in Western Union and a heavy investor in gas utilities; Western Union stockholders Tracy Edson and James H. Banker; financier Robert L. Cutting, Jr.; three of Lowrey's law partners; and Egisto Fabbri, a member of Drexel Morgan and Company, the leading American investment bankers with extensive international interests.  Over the next two and half years, Edison Electric would provide $130,000 (approximately $3 million today) for research and development of Edison’s system. Additional funding came from the sale of foreign rights to Drexel Morgan and Egisto Fabbri’s firm, Fabbri and Chauncey, both of which played important roles in the development the Edison system in foreign countries. The international standing of these firms conformed with Lowrey's desire that "the dignity, & importance of the invention to the world, demand that it shall be introduced by men possessing a comparative strength & power in the financial world."  The banking partners, Lowrey assured Edison in January 1879, were "not to be very easily frightened away from a thing they once made up their mind to."