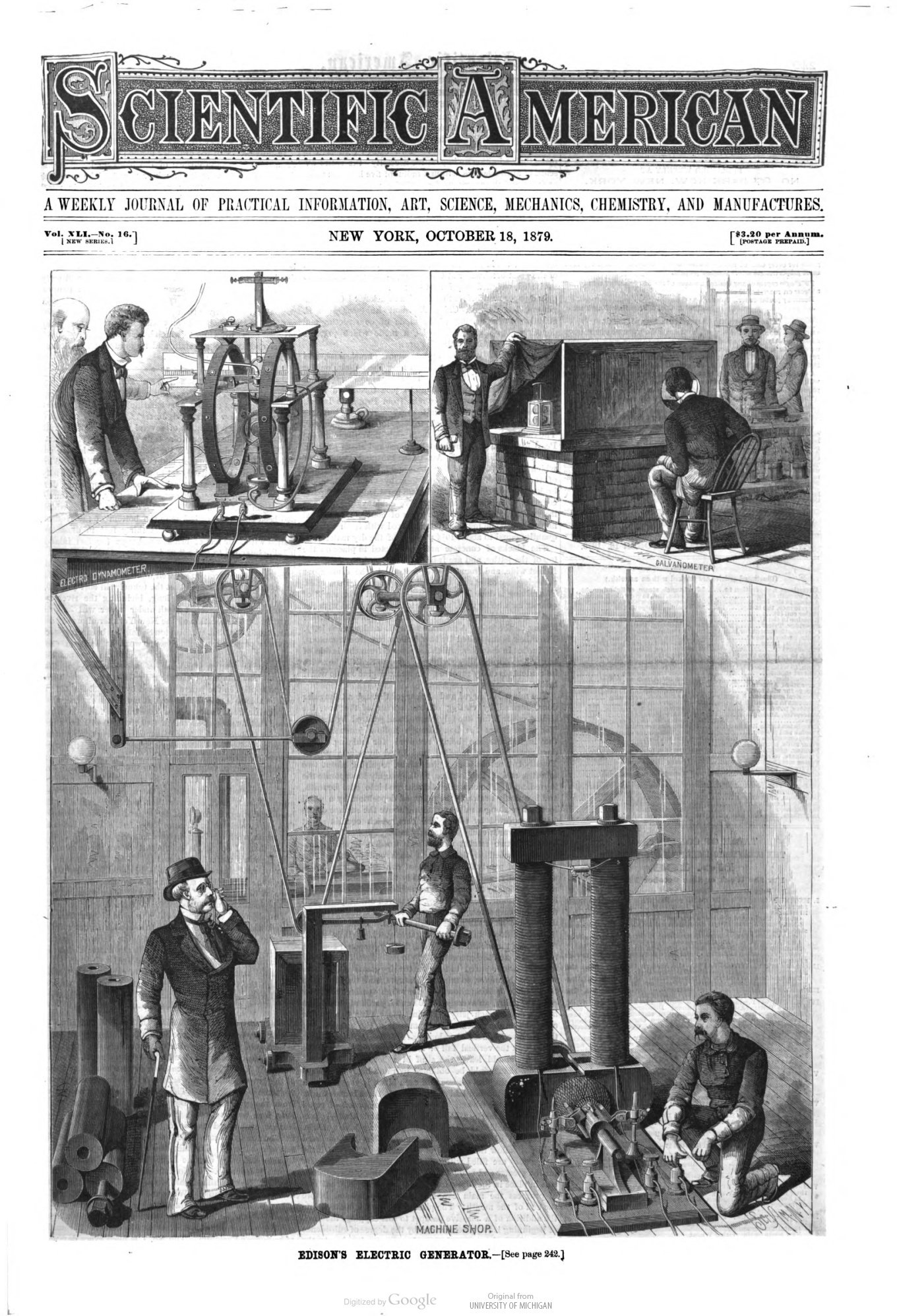 Even though Edison's research on metals and the development of high-vacuum pumps had increased the prospects for the platinum lamp, the use of this rare metal presented Edison with what appeared to be an intractable problem.  Platinum’s high price would make his system uneconomical.  Edison approached this difficulty in a way that became characteristic when he was faced with questions about the commercial availability of a substance that he believed would solve a technical problem—he conducted an exhaustive search for plentiful supplies of the material.  Beginning in the late spring of 1879, he sent out a circular letter to mining districts in the United States and wrote personally to American ambassadors and others in countries with platinum mines.  He also studied geological reports and other literature regarding sources of platinum. Edison spent considerable time during the summer reading and answering the voluminous correspondence which arrived in response from the mining communities of the west and in working with his chemists to assay ores sent to the laboratory.  The most promising source of platinum was tailings from gold mines, and Edison told the secretary of one mining company that he had "4 of my young men working up processes to get the gold and platinum out of the sand taken from the flumes."

Edison's platinum search did not yield a cheap and plentiful source of this rare metal but fortunately the improved vacuum achieved by his laboratory staff enabled him to experiment again with a much cheaper substance—carbon.

Edison and Charles Batchelor spent much of their time during the summer and early fall on telephone experiments to improve the commercial instruments being introduced for use by the newly-formed Edison Telephone Company of London.  The carbon buttons for the transmitters were still being made at the laboratory even though the rest of the instrument as well as the receivers and switchboards were manufactured at Sigmund Bergmann's and other outside shops.  The buttons were made from lampblack scraped off the glass chimneys of a series of kerosene lanterns that were kept burning day and night in a little shed next to the laboratory.  It was the ready availability of this material that led Edison to a fortuitous analogy that prompted him to again try carbon in his lamp.

Almost from the beginning of the light research, Edison had determined that the most efficient form for his incandescing element would be the thin wire spiral which would allow him to decrease radiating surface and increase resistance.  It was his recognition that the lampblack could be rolled like a wire and then coiled into a spiral like platinum that led Edison to try carbon again as a filament material.  The first newspaper account of his successful carbon lamp describes his "eureka" moment and suggests the analogy that came to his mind:

Sitting one night in his laboratory reflecting on some of the unfinished details, Edison began abstractedly rolling between his fingers a piece of compressed lampblack until it had become a slender thread.  Happening to glance at it the idea occurred to him that it might give good results as a burner if made incandescent.  A few minutes later the experiment was tried, and to the inventor's gratification, satisfactory, although not surprising results were obtained.  Further experiments were made, with altered forms and composition of the substance, each experiment demonstrating that the inventor was upon the right track.

Following two weeks of futile effort by Batchelor to form spirals out of lampblack, Edison and his staff began to consider alternative ways to make carbon burners for the lamp using other substances.  In the early morning hours of October 22 1879, they began what Charles Batchelor called "some very interesting experiments on straight carbons made from cotton thread so.  We took a piece of 6 cord thread No 24 which is about 13 thousandths in thickness and after fastening to Pt wires we carbonized it in a closed chamber.  We put bulb in vacuo and it gave a light equal to about 1/2 candle 18 cells carbon [battery], it had resistance of 113 ohms at starting and & afterwards went up to 140--probably due to vibration."

After the lamp had been left burning for 13 1/2 hours, they added enough battery cells to increase its light to the equivalent of three gas jets (at least 30 candles).  Although this caused the bulb to overheat and crack after another hour, the laboratory staff had for the first time produced a lamp that showed true commercial promise. 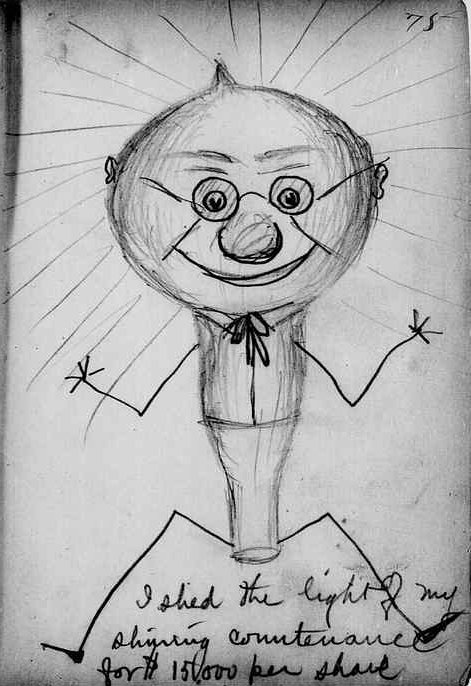 In the weeks following the first carbon thread lamp experiments, the laboratory staff tried nearly every carbon substance readily available in the laboratory.  A list of twenty items carbonized by Batchelor on October 27 suggests the range of materials they investigated--a variety of woods and papers, vulcanized fibre, celluloid, cotton lampwick, flax, cork, cocoa nut hair and shell, and fishing line.  The optimism produced by the carbon breakthrough was apparent in Francis Upton's letter home on November 2:

"The electric light is coming up.  We have had a fine burner made of a piece of carbonized thread which gave a light of two or three gas jets.  Mr. Edison now proposes to give an exhibition of some lamps in actual operation.  There is some talk if he can show a number of lamps of organizing a large company with three or five millions capital to push the matter through.  I have been offered $1,000 for five shares of my stock. . . . Edison says the stock is worth a thousand dollars a share or more, yet he is always sanguine and his valuations are on his hopes more than his realities. "

Although the carbonized thread showed promise, the difficulties of producing a commercial carbon lamp were becoming apparent and Upton confessed the following week, "The Electric Light seems to be a continued trouble for as yet we cannot make what we want and see the untold millions roll upon Menlo Park that my hopes want to see."  By November 16, however, they had "the first lamp that answers the purpose we have wished.  It is cheap much more so than we even hoped to have. "The lamp is obtained from a piece of charred paper which is bent thus [into a horseshoe shape].  The burner is made from common card board and cut to about the size shown [1" high].  This is then sealed  in a glass bulb  and the air exhausted and then a current of electricity passed through it which heats it to a brilliant whiteness so that it will give a light equal to that from a good sized gas burner."