When he had married Mary Stilwell at the end of 1871, Thomas Edison was already a successful inventor and businessman. By the time he married Mina Miller and purchased Glenmont, he was a world-renowned inventor whose extensive business interests had made him one of the late-nineteenth century's titans of industry. Although he never attained the kind of wealth that John D. Rockefeller or Andrew Carnegie achieved, by 1886 Edison was certainly among the well-to-do. His second marriage and his new home, as well as his winter estate in Florida, all helped to express his new social position. But his ambition was also to maintain his status as the world's foremost inventor. For Edison, this would require a new industrial laboratory, which he meant to make the finest private lab in the world. "I will have the best equipped & largest Laboratory extant," Edison wrote in August 1887, "and the facilities incomparably superior to any other for rapid and cheap development of an invention.".

Edison's competitive nature, in part, may have prompted him to build a new laboratory. His rival, the electrical inventor Edward Weston, had recently opened a new private laboratory in Newark, N.J. Weston's lab—a wood-frame building with a brick addition—included a physical laboratory, an electrical laboratory, a machine shop, a chemical laboratory, a library, and an office. [Photo of Weston lab interior] The journal Engineering had called Weston's lab "probably the most complete in the world," which naturally did not sit well with Edison, who considered Weston a "pirate" who had stolen his inventions. 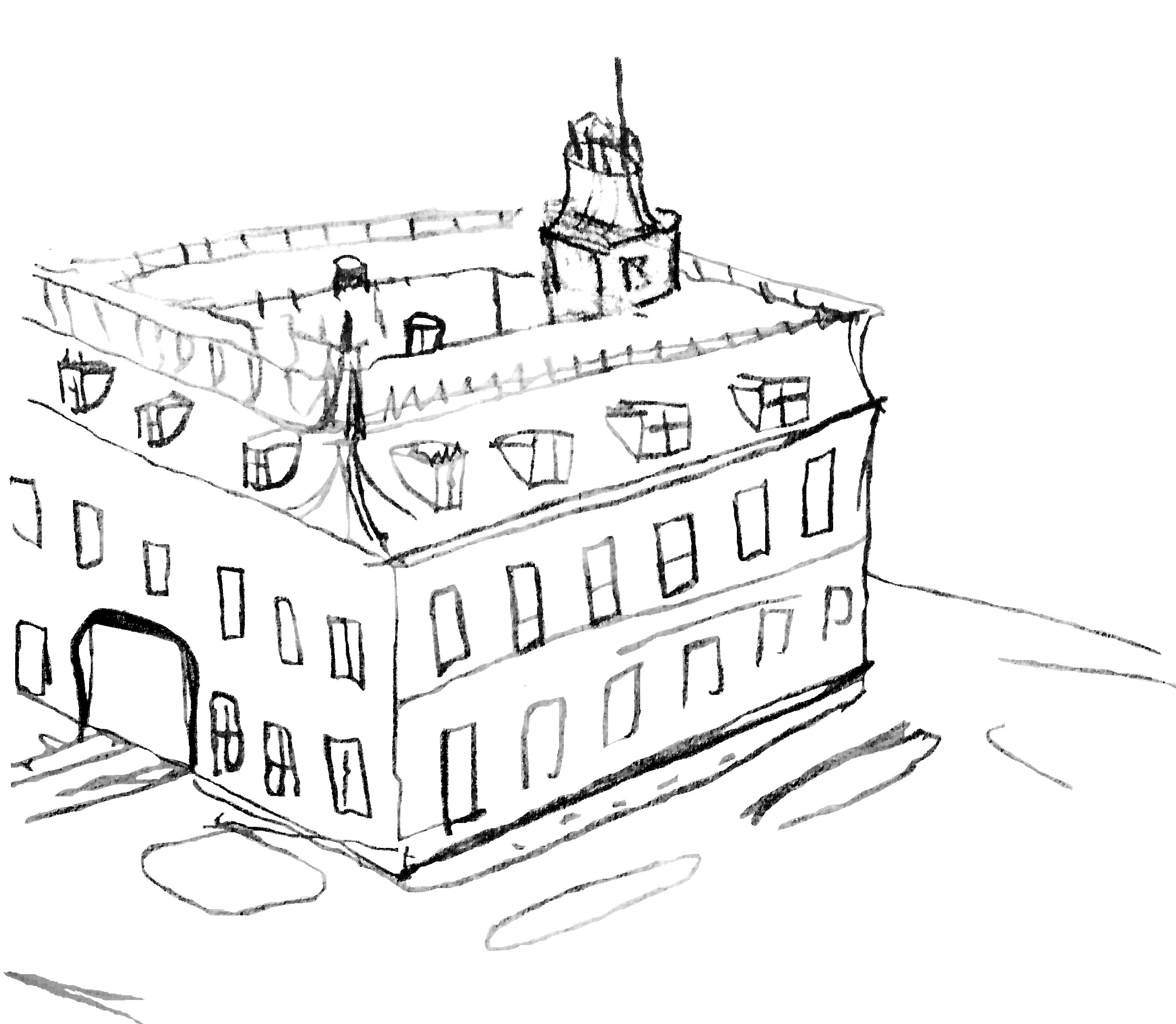 Edison's initial design, as early as 1886, called for a three-story building with a courtyard, a tower, and a fashionable mansard roof. This was later revised by the architect Hudson Holly to a more utilitarian, but still imposing, red-brick factory-style building. The main laboratory building would include a large library (which would also serve as Edison's office), experiment rooms, and a stockroom. A heavy machine shop would be located on the main floor with a precision machine shop on the floor above. Edison believed that the new lab, which was far more advanced than what he had enjoyed at Menlo Park, would allow him to "build anything from a lady's watch to a Locomotive." 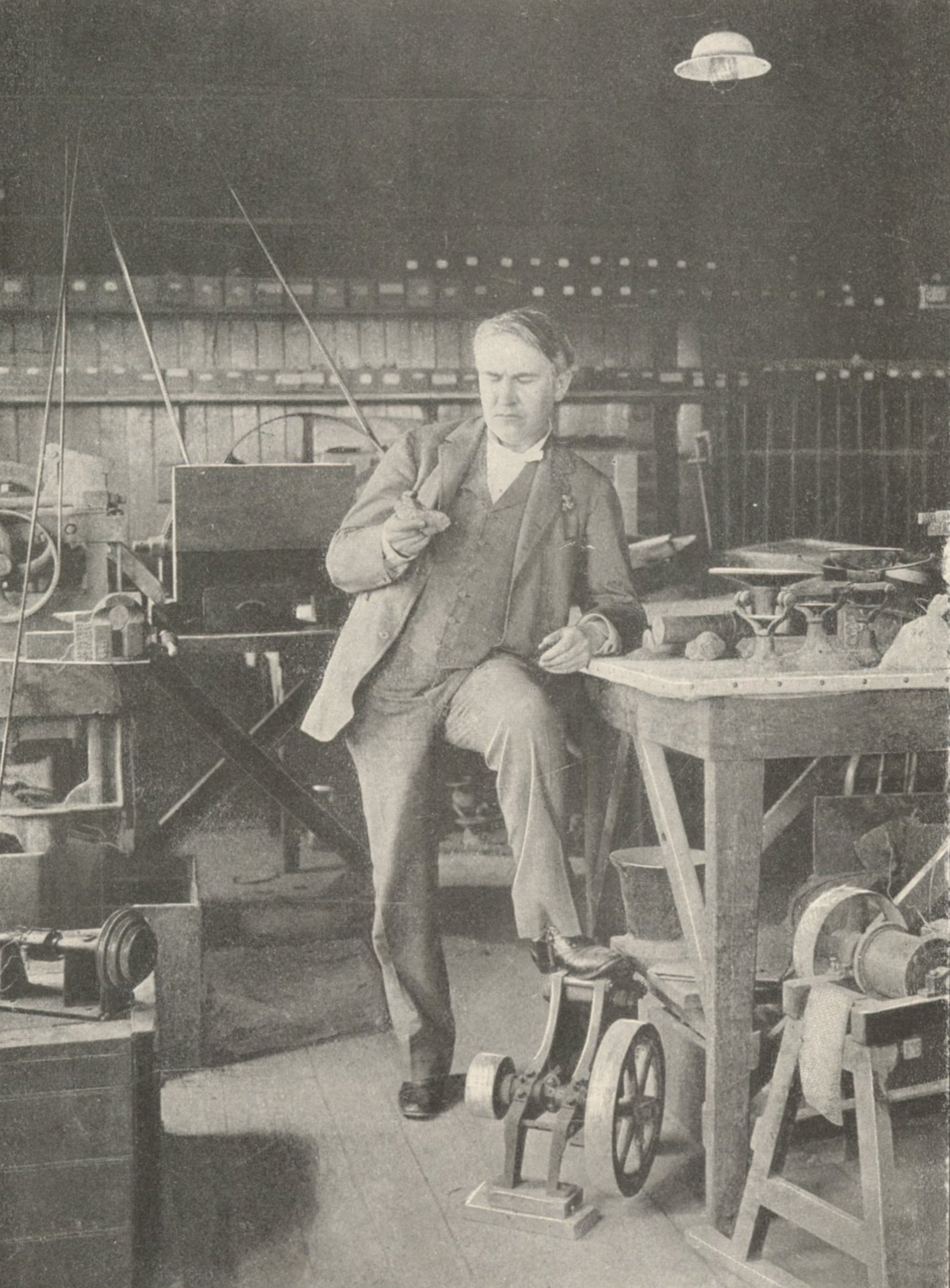 During the summer of 1887, Edison expanded the design further, adding four one-story brick outbuildings, each of which measured 25 x 100 feet. These would house the physical laboratory, which came to be known as the galvanometer room, the chemical laboratory, a combined chemical stockroom and pattern-making shop, and finally, a metallurgical laboratory, which would allow him to carry out research related to ore milling. The addition of these facilities meant that Edison's new lab would far outpace anything that was available to Weston or any other inventor for that matter.

As his laboratory began to take shape on fourteen acres he had purchased in West Orange, N.J., Edison drew up "a list of schemes" for experimental work to be carried out in the new facilities. These included his usual experimental interests for improving the electric light, ore separation, and the telegraph. But there were also a few less predictable avenues of research, such as leather tanning, artificial silk, and a magnothermic motor.