Edison had made a practice of spending at least part of the winter each year in Florida. He had made two such trips with Mary and one, in 1885, with Marion and the Gillilands. So perhaps it was only a matter of course that his honeymoon trip—from late February to April 1886—would have the Sunshine State as its ultimate destination. Edison had generally confined his Florida excursions to the East Coast, but in 1885, he and Ezra Gilliland had traveled by train from Jacksonville to Cedar Key on the Gulf Coast. They were seeking a suitable place to build winter getaway homes, and the less inhabited West Coast of Florida seemed like a possibility. At Cedar Key, the two men hired a schooner and coasted south to Tampa and ultimately to the fishing camp and cattle port of Punta 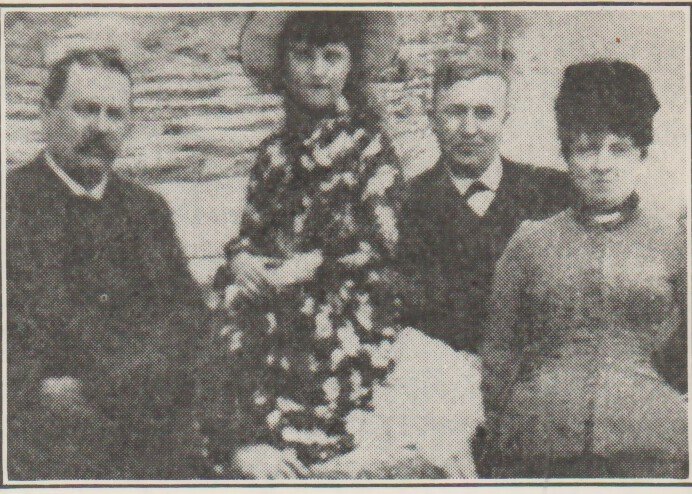 assa. From here, they traveled up the Caloosahatchee River some twelve miles to Fort Myers, an up-and-coming suburban town, which, though isolated enough to be a true getaway, still offered the amenities of a hotel, a local newspaper, and a small business district. It was here that Edison and Gilliland decided to build their winter estates. "We had everything in our favor," Edison noted later, "a wonderful climate, beautiful surroundings, plenty of fish and game."

Edison purchased a thirteen-acre tract along the Caloosahatchee, and once he and Gilliland returned to New York, they commenced developing this parcel from afar. They planned to build two residences—one for the Edisons and one for the Gillilands—as well as a small laboratory. The lumber for these frame buildings was precut in Maine and shipped by schooner, but only one of them—a residence—was close to being habitable by the time the newlyweds arrived in Fort Myers on March 17. The Edisons stayed three nights at the local Keystone Hotel before moving into their Florida residence along with Marion and the Gillilands. The house still had no running water, sewerage, or electricity. Although his laboratory was still unfinished, Edison managed to occupy a good deal of his "honeymoon vacation" thinking about future research. He filled a number of notebooks with ideas ranging from the practical—such as proposed experiments on new lamp filaments—to the theoretical—speculations on the structure of matter and the nature of energy. Edison seems to have taken pains to involve his new bride in his research at this time. Mina signed his notebook entries as a witness, and she and Edison even performed one experiment together, electrically shocking an oyster to see if this would paralyze the muscle and open the shell. By the time Edison's party left on 26 April, both residences were habitable, and the laboratory was ready for operation.