As his new laboratory began to rise on its foundations, Edison turned his attention to staffing it. 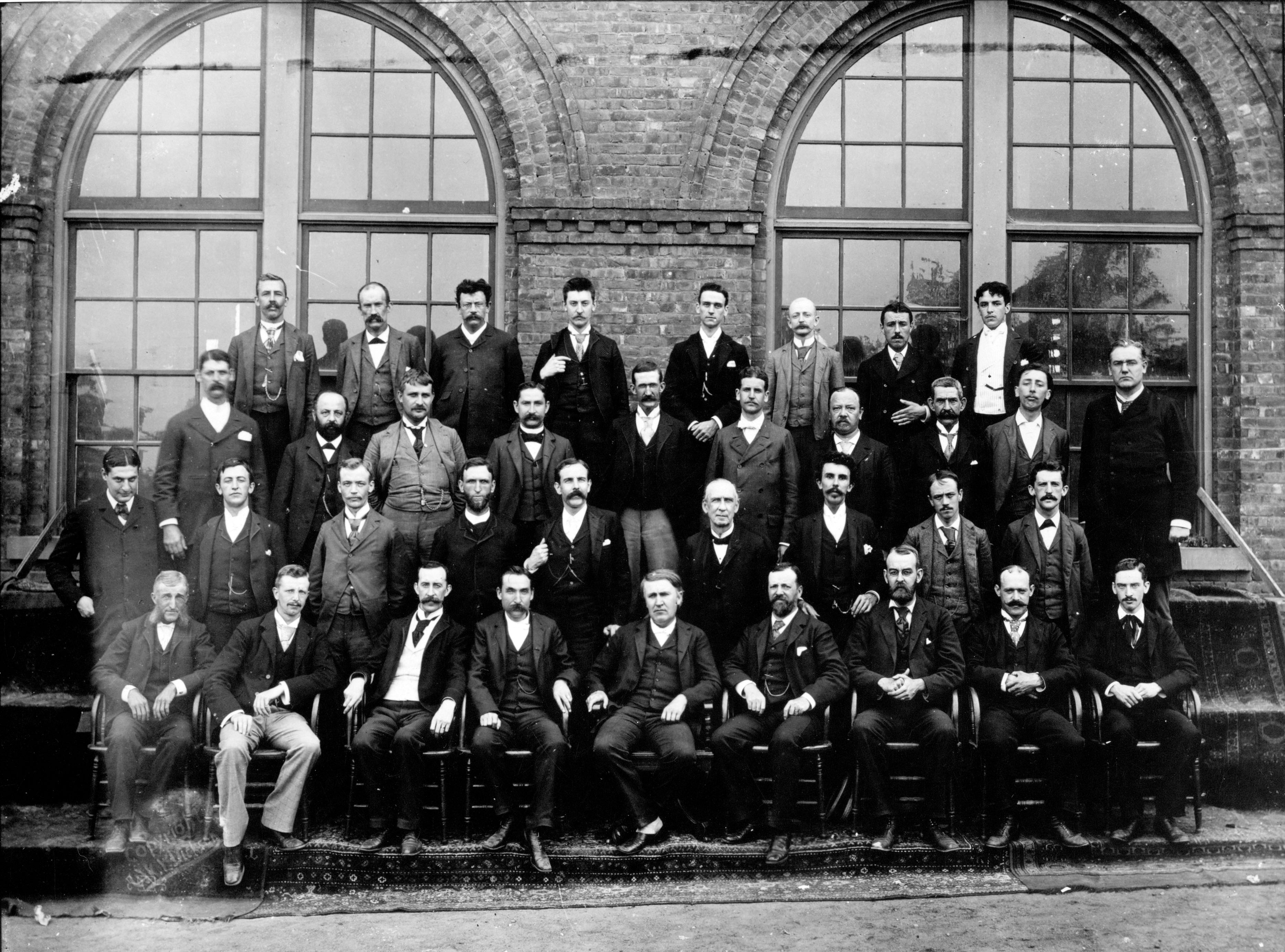 His initial plan was to shift four of his primary researchers from the Lamp Factory lab to West Orange, including William K. L. Dickson, who would later become famous in conjunction with the development of motion pictures. Edison also intended to hire six young experimental assistants, at least two of whom would have college scientific training. In addition, he required a chemist, a mathematician, an optical engineer, and a translator with a scientific background who knew English, French, German, and Italian. He also decided to bring long-time associates Fred Ott and A. K. Keller to West Orange to oversee the machine shops. John Ott would assume the role of head draftsman, supervising three subordinates. Edison also wanted a toolmaker, a telegraph instrument maker, a pattern maker, a mechanic who understood lapidary work, a glassblower, a photographer, a blacksmith, and a foreman.

The laboratory opened in December 1887, and by the next month, some seventy-five men were on the payroll, though this number may have included some construction workers who were still finishing the buildings. By February, eighty men were employed at the lab. The scale of the new facility dwarfed that of Weston's lab and of Menlo Park, each of which opened with just a handful of experimenters and machinists.