The Death of Mary Edison

Moving his principal laboratory from Menlo Park was in itself a major transition for Edison, but it was just the first step in a series of changes that would ultimately bring him to West Orange, N.J. The years from 1884 to 1887 proved to be one of the most important transitional periods in his life. Perhaps the key event in all of these changes was the death of his first wife in August 1884. 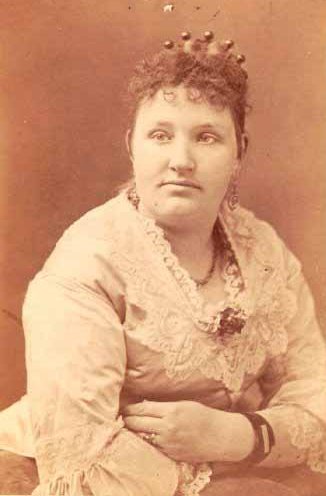 Edison and his family had moved to Gramercy Park in 1882 in part to satisfy Mary, who seemed to prefer city life over the relative isolation of Menlo Park. Edison's wife had suffered from periodic bouts of ill-health, perhaps related to anxiety or depression. At Menlo Park, her anxiety was also exacerbated by sleeplessness brought on by the nightly rumbling of cars on the railroad track that passed close by the Edison house.

Within a year of the family taking up residence at Gramercy Park, Mary fell ill again. This time it was serious enough for the doctor to order her to give up housekeeping. Perhaps with this in mind, Edison sublet the house and moved his family temporarily to the Clarendon Hotel. Mary eventually recovered, but in 1884, after the family had returned to Menlo Park for the summer, she fell ill once again and unexpectedly died. Although some newspapers and a few later biographers attributed her death to "congestion of the brain" (perhaps based on a statement from one of Edison's clerks), The New York World suggested that Mary had died of a morphine overdose, the drug having been prescribed to treat her "obstinate neuralgia" and "gastritis" and to ease the pain from the "uterine troubles" that had persisted over many years. "From the careless word dropped by the friend of the family it was more than intimated," the World reported, "that an overdose of morphine swallowed in a moment of frenzy caused by pain greater than she could bear brought on her untimely death."