The Response to the Phonograph 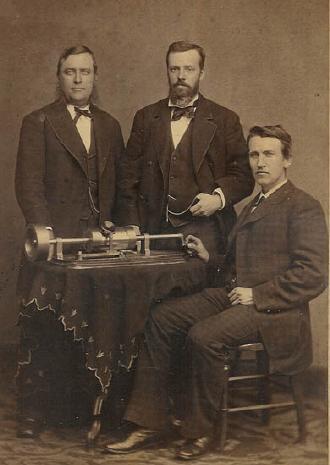 The simple mechanism and operation of the phonograph seemed astounding to the general public and scientific community alike.  This was also the reason that some in the scientific community were skeptical of the initial reports.  The New York Sun quoted one professor who called the "idea of a talking machine ridiculous" and advised Edison protect his "good reputation as an inventor among scientific men" by denying an account of the phonograph which had appeared in the Sun and which he believed could only have been "calculated to injure you."

But most of the scientific and technical community soon agreed with Alfred Mayer, professor of physics at the Stevens Institute, who wrote Edison after witnessing a demonstration of the phonograph in mid-January:"Ever since my return home your marvelous invention has so occupied my brain that I can hardly collect my thoughts to carry on my work.  The results are far reaching (in science), its capabilities are immense. I cannot express my admiration of your genius better than by frankly saying that I would rather be the discoverer of your talking machine than to have made the first best discovery of any one who has worked in Acoustics." When the phonograph was demonstrated at meeting of the Academy of Science in Paris the members showed a similar delight in the new instrument. The phonograph received a similar reception at the Royal Institution in London.

While the scientific community saw its potential as a scientific instrument, the general public was imagining all sorts of uses for the new machine. Edison envisioned a variety of possible uses in an article published in the June issue of North American Review. He described how the phonograph could be used for dictation and voice mail, 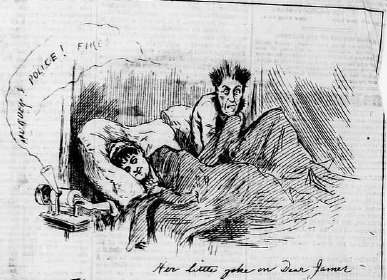 preserving the voices of family members and famous people, for speaking books, teaching elocution and music, advertising, toys and clocks, and, of course, as a telephone recorder.

Newspapers and magazine writers and cartoonists envisioned a host of other possibilities, some more serious than others. Some of these were depicted in a full-page cartoons in the New York Daily Graphic and Frank Leslie’s Budget of Fund. The Graphic cartoon, titled "Awful Possibilities of the New Speaking Phonograph," included an image of the Statue of Liberty given voice by the phonograph, a suggestion Edison had made in a New York Sun interview.  A more prophetic article, accompanied by a full-page drawing, described the possibility of using a phonograph as a detective to record a philandering spouse. Another reporter speculated that Congressmen could bottle up their speeches so they would not have to appear for a debate.  The phonograph also inspired engineer Charles Siemens to speculate that the brain acted like a phonograph in responding to impressions received through the senses.