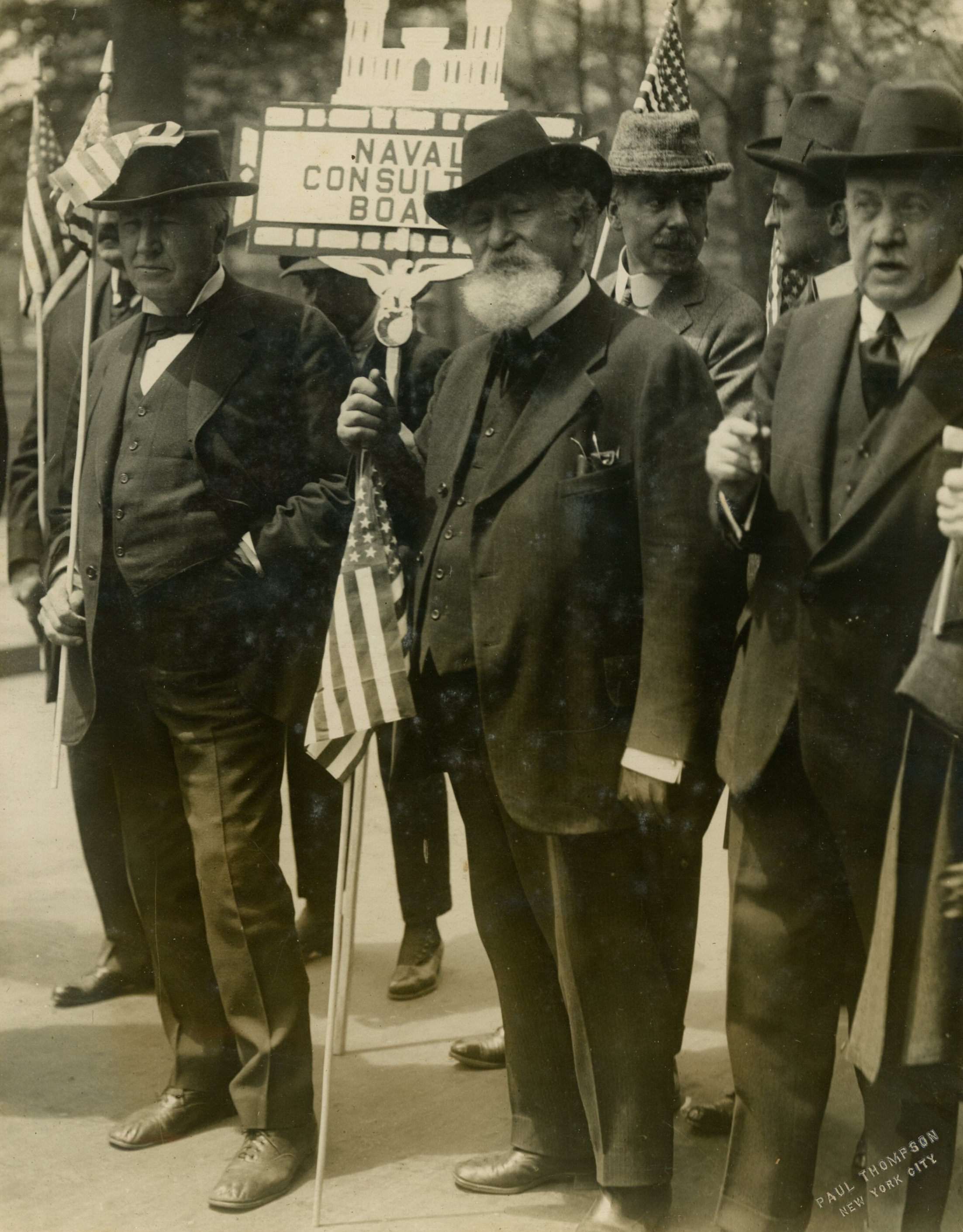 The outbreak of war in Europe in August 1914 had a profound effect not only on Thomas Edison, but also on his businesses and his family. On May 7, 1915, a German U-boat torpedoed and sank the Cunard passenger liner RMS Lusitania off the coast of Ireland. In total, almost 1,200 passengers and crew, including 128 Americans, were lost. The sinking of the Lusitania dramatically highlighted the role of submarines in modern warfare. In response to the newly discovered threat, Secretary of the Navy Josephus Daniels wrote Edison on July 7, 1915 inviting him to head a brain trust of civilian experts to advise the U.S. Navy on matters of military technology.

The Naval Consulting Board was formally convened on October 7, 1915 at an organizational meeting at the Navy Department attended by Edison and representatives of eleven engineering and scientific societies. Edison was elected chairman, and his chief engineer, Miller Reese Hutchison, was designated as his personal assistant.

Daniels claimed that he was inspired to create the Naval Consulting Board and appoint Edison to head it after reading a New York Times interview with Edison on the topic of military preparedness. In this interview by journalist Edward Marshall, Edison said that the United States needed to marshal its manufacturing and inventive expertise to be ready in case the U.S. was drawn into the conflict raging in Europe. However, the board was actually the brainchild of Hutchison, who conceived it as part of an elaborate plan to sell Edison submarine batteries to the U.S. Navy. 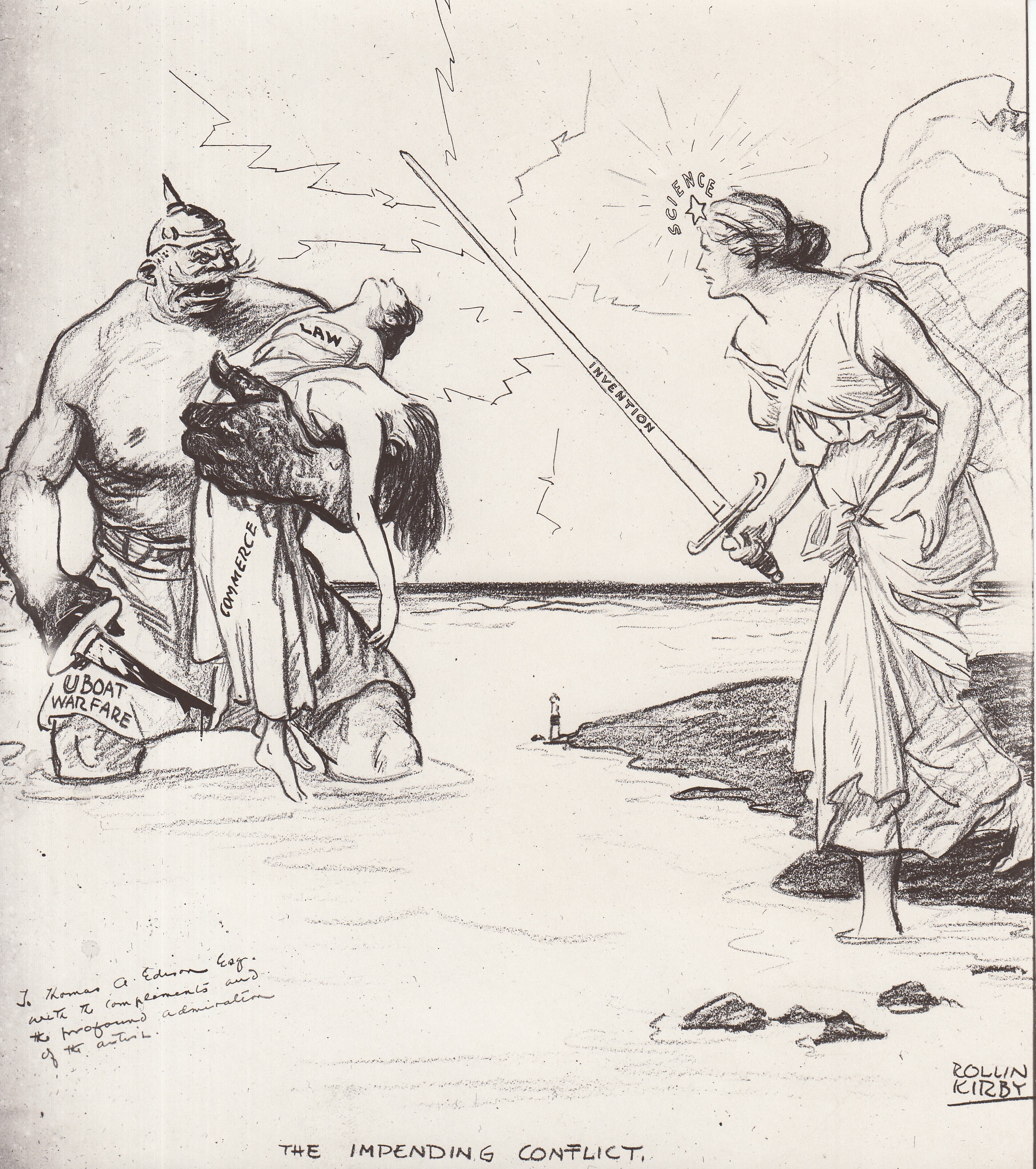 In his letter of July 7, 1915, Daniels first made the claim that press reports of Edison’s interview led him to create the board and invite Edison to head it. Two typewritten drafts of this letter in the Library of Congress suggest that it was Hutchison who prompted the invitation from Daniels. These two drafts, both dated May 31, were written on Memorial Day. Daniels spent the entire day participating in ceremonies at Arlington Cemetery, and it is highly improbable that he or anyone else in the Navy Department had time on that busy day to write Edison. More likely, the original draft was composed by Hutchison on a dictating machine. The two typescripts are almost identical, and the slight variations probably resulted from two different transcribers interpreting certain words on the voice recording differently. Large sections of these original drafts were incorporated into Daniels' July 7 letter, along with portions of a third draft made by Louis Howe, the secretary to the Assistant Secretary of the Navy Franklin D. Roosevelt. Further evidence about the authorship of the July 7 letter comes from Daniels himself, who indicated in his diary that he revised what he called the "Howe & Edison letters" on June 30, taking various sections from each draft, melding them together, and adding a new section of his own about the desirability of a congressional appropriation for the board. His final letter included about 75 percent of Hutchison's original draft.

Hutchison wrote Daniels during the 1930s, and Edison's former chief engineer explicitly took credit for coming up with the idea for the Naval Consulting Board. Hutchison claimed that he commissioned Edward Marshall to interview Edison on May 30 and that he paid Marshall's expenses to Washington to bring the interview to Daniels' attention. Hutchison's statement cannot be dismissed as mere bragging since he was writing to the one man in a position to contradict him. Daniels never challenged his account. 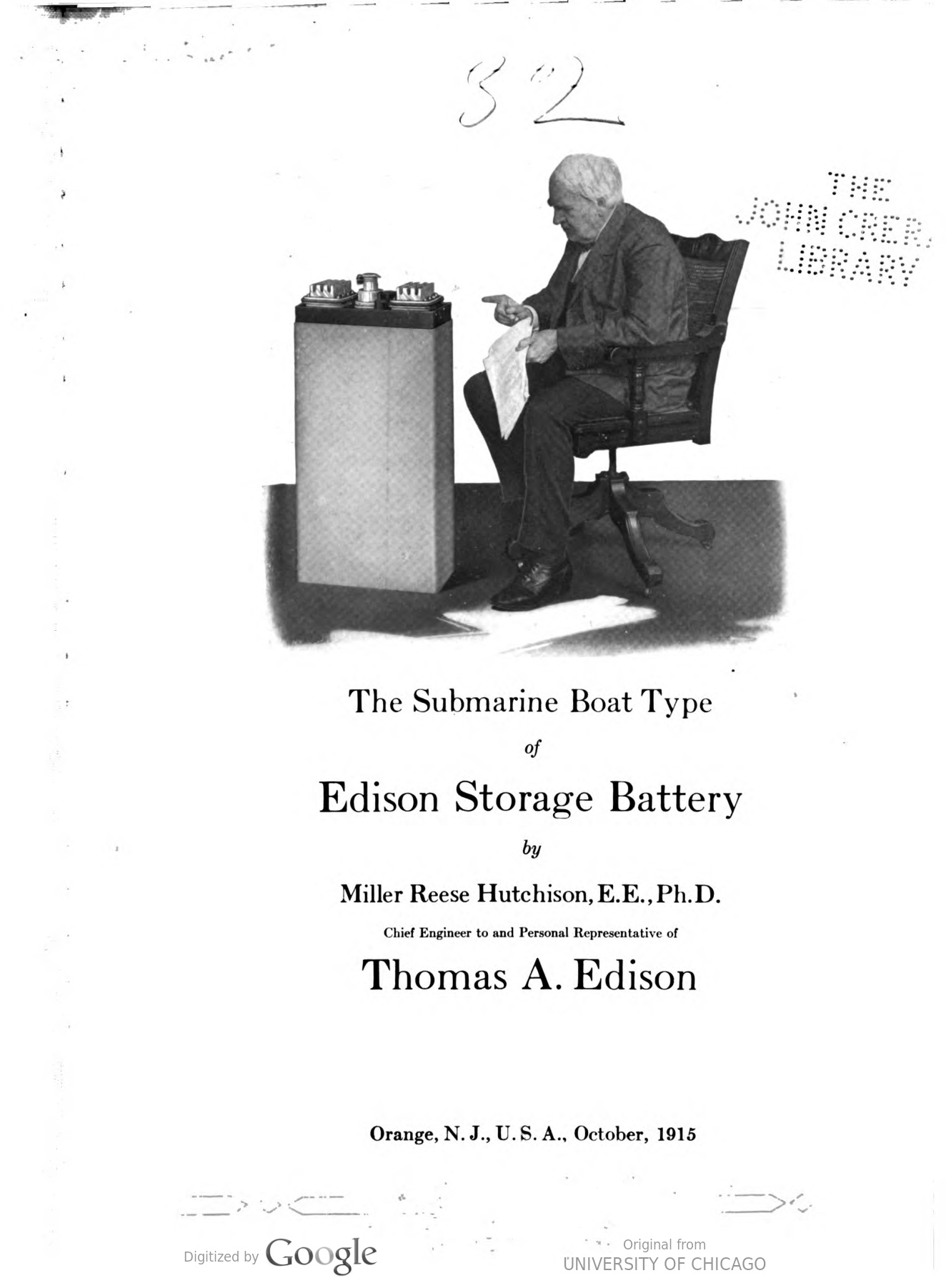 It was not happenstance that the creation of the Naval Consulting Board in July 1915 coincided with the onset of an aggressive marketing campaign on behalf of Edison’s new storage battery. Hutchison believed that the best way to gain a competitive edge against the Edison Company’s well entrenched rivals in the battery business would be to work from inside the Navy. Hutchison was an active member of the Naval Consulting Board—participating in its proceedings, serving on its committees, and making periodic reports to Daniels—at the same time that he was trying to do business with the Navy and earning a five-figure commission on every Edison storage battery he sold. 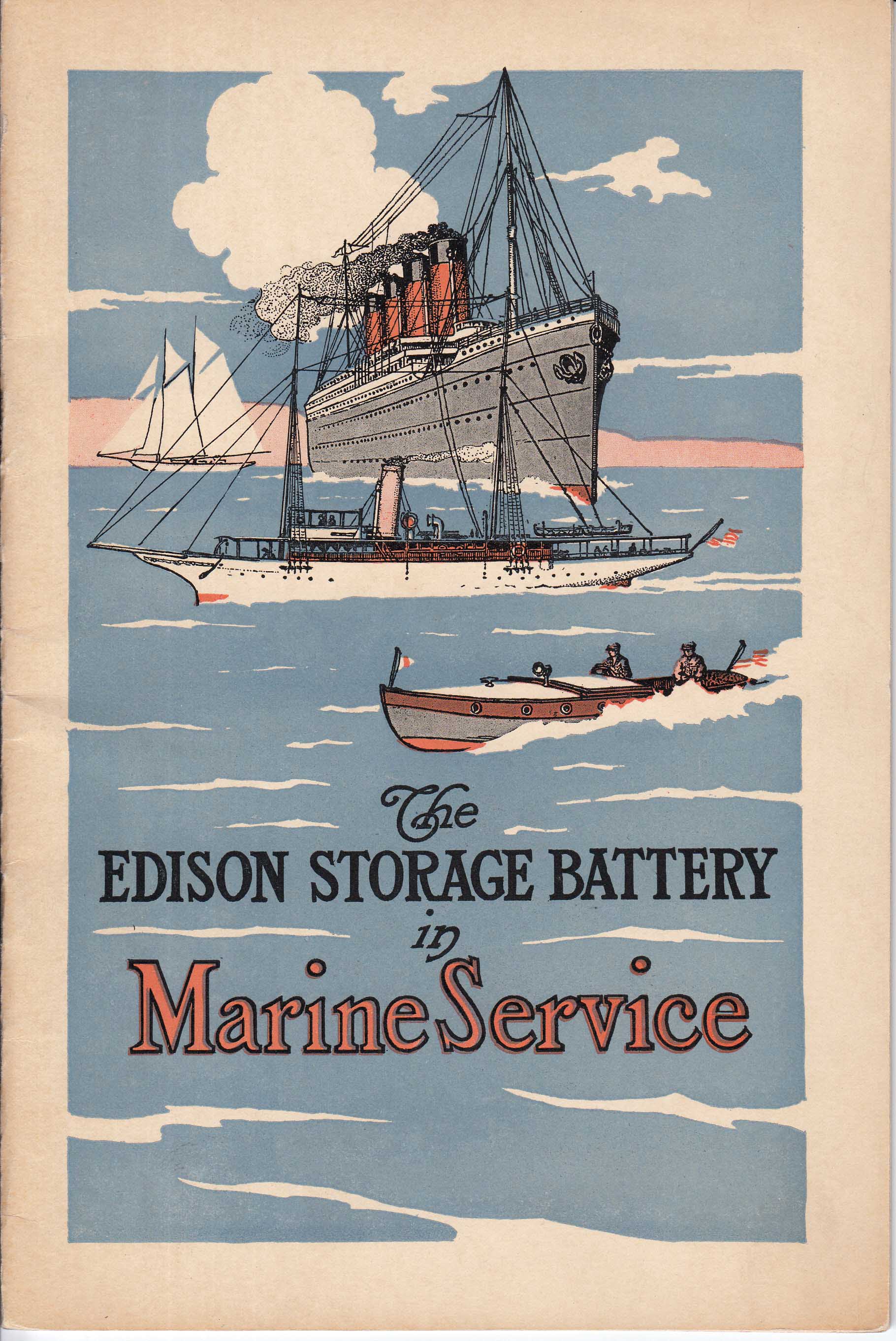 Hutchison’s goal was to equip the Navy's submarine fleet with Edison storage batteries. However, the first submarine to be fitted with an Edison storage battery exploded at the Brooklyn Navy Yard on January 15, 1916, killing five men and severely injuring nine others. Daniels himself never lost faith in Edison's submarine battery, but after that disaster the opposition of the bureau chiefs was too strong for Daniels to overcome.

The Naval Consulting Board proved to be most successful in achieving the political goals of Josephus Daniels, a master politician whose prime political objective was to make Woodrow Wilson the first Democratic president since Andrew Jackson to win a second consecutive term. Wilson had won the presidency in 1912 only because of a split in the Republican party, so his re-election in 1916 against a unified opposition was by no means assured. Daniels saw a political alliance with America's greatest inventor, cemented through the Naval Consulting Board, as a means to achieve his goal. The endorsement of Edison and his friend Henry Ford, both lifelong Republicans, together with the money that Ford supplied at a crucial point in the campaign, may well have tipped the balance in one of the closest presidential elections in American history.