The Race for Electric Light

Inventive activity flourished widely in the America of the nineteenth century, but nowhere so vigorously as in the port cities of the East Coast. 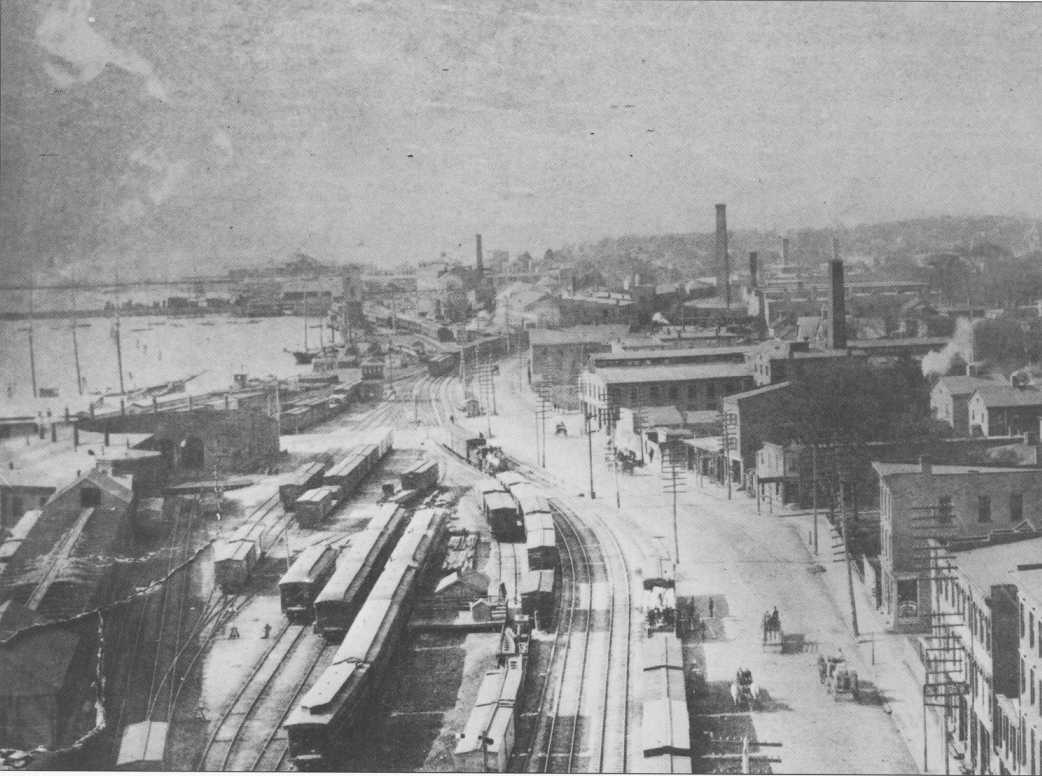 Bridgeport Industrial Scene, ca. 1880These cities offered a wide range of resources to support and stimulate the imaginations of technically ambitious men who came to seek their fortunes. There were mechanics' institutes and other "scientific" and "philosophical" organizations offering courses and public lectures; large numbers of interested scientists, artisans, and mechanics who contributed to the intellectual ferment; technical shops where equipment could be repaired or made to order; and European craftsmen who brought "the latest advances." In addition, there was a general sense that technology was "democratic" and embodied a host of American ideals.

In 1879, Lewis Latimer moved to Bridgeport, Connecticut where several other members of the Latimer family had settled. Latimer was surprised to find Bridgeport to be ". . . a perfect hornets' nest of industries. . . .

Hiram S. Maxim, ca. 1870The place is perfectly alive with inventors and it would be next to impossible to throw a stone into any company of men . . . without hitting one," wrote Latimer.

For the young draftsman's career, the move to Bridgeport proved to be pivotal. It was here that he encountered Hiram Maxim, an inventor who was at the time chief engineer in the United States Electric Lighting Company.

Within a week from the time we first met I was installed in Mr. Maxim's office busily following my vocation of mechanical draughtsman, and acquainting myself with every branch of electric incandescent light construction and operation. This was in the fall, in the early spring of the following year, the factory was moved to New York, and I went with it. . . .

Lewis H. Latimer Glassblowing Apparatus, 1881The Equitable Building, Fish and Hatch, the Union Club and a number of other places were supplied with lamps and the men to run them. These were strenuous times, and we made long hours each day. At the factory by seven in the morning, and after the days work somewhere running lamps until twelve o'clock or later at night.

At Work for the United States Electric Lighting Company

Latimer's work for U.S. Electric exposed him to many new experiences. He became an expert in the production and installation of electric lighting systems and received several patents for improvements in the process of bulb manufacture. His work took him to Philadelphia and Montreal, where he supervised the installation of some of the first electric lighting, plants in these cities.

Process of Manufacturing Carbons, 1882"I was dispatched to Montreal Canada to fit up the railroad station and yards of Hochelage with incandescent and arc lamps . . ." wrote Latimer. "My day was spent climbing telegraph poles and locating arc lamps on them with the assistance of my laborers who seemed much impressed with my effort to speak their native language."

When Latimer returned to New York, he was asked to go to London, England and establish a factory there. As he later recounted, he was chosen because he was "the only man there who understood every branch of the manufacture." Early in 1882 he and his wife arrived in London, and Mary Latimer began a diary. 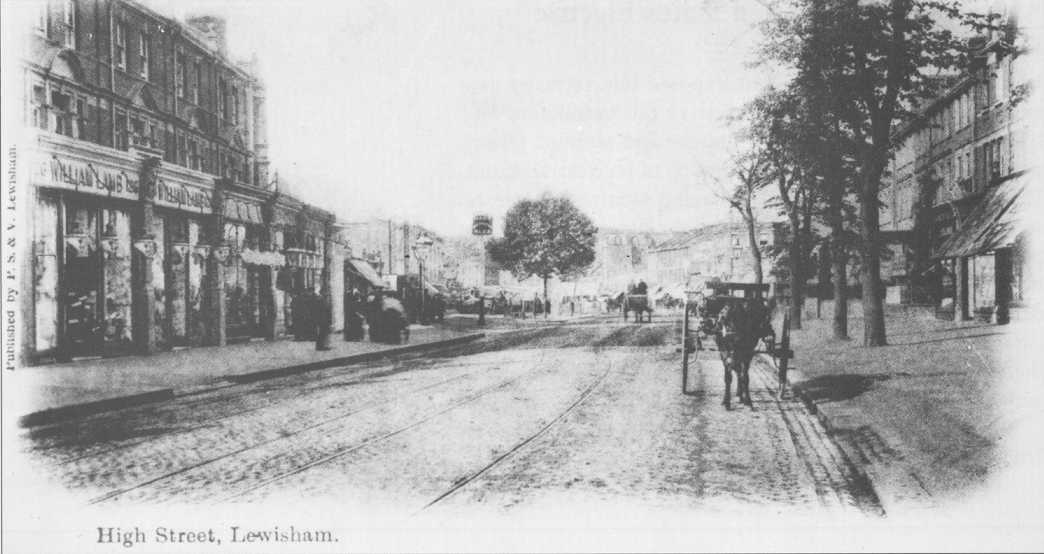 High Street, Lewisham, England, ca. 1903She recorded her homesickness and daily routine, her love for Lewis, and her observations regarding Lewis's work. In his own recollections of this time, the independent-minded Latimer described frustrations with the English workplace:

To a man who had . . . chumy relations with Hiram Maxim and other great inventors the relations of English bosses and employees were to say the least peculiar. The prevailing motif seemed to be humility of the workman and the attitude that nothing that I can do can repay you for permitting me to earn an honest living. My assistant and myself were in hot water from the first moment to the end of my engagement, and as we were incapable of assuming a humility we could not feel, there was a continual effort to discount us.

Edison Exhibit, London, 1882In 1882, after completing the London assignment, Latimer returned to the U.S. to find "every avenue closed and the prospect of poverty before him and his wife." He worked for a variety of small electric lighting companies, some of which went out of business. His first child, Emma Jeannette was born in 1883. Obviously, it must have been with considerable enthusiasm that he accepted an offer of employment from the Edison Electric Light Company. Although the date is uncertain, it was no later than 1885. 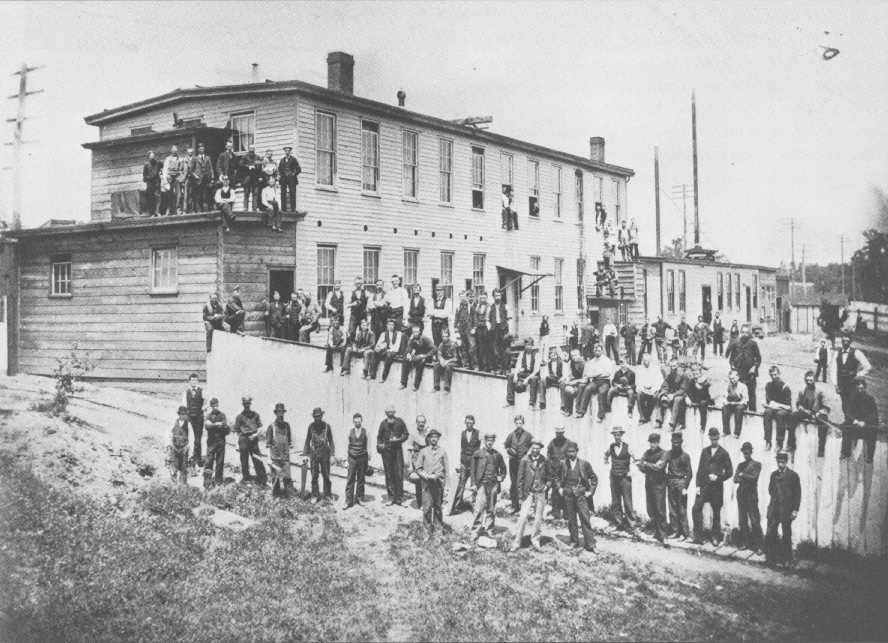 Generators and bulbs alone were not sufficient to bring incandescent light to the public. To install the Edison system, electric companies needed to string wires, hang fixtures, and devise circuits that could distribute the current economically. Large numbers of workmen had to be trained as the new business expanded rapidly.

International Electrical Exhibition, 1884While inventors saw technology as the road to fame and fortune, "electricity was changing the way average Americans lived and worked. The first electric plants could serve only single "customers" such as individual buildings, railroad yards, or homes of the wealthy. But in 1882, the advent of the "central-station electrical plant" made it possible to extend service to groups of customers in defined geographic areas.

Electric motors improved the productivity of American workers, usually resulting in higher wages. Electric light also improved productivity and allowed factories to operate round the clock when demand was high.

Bulb Production Factory, ca. 1890By 1910, the electrical industry was exploding, powering the growth of the nations urban centers. Electrically driven trolleys made it possible for people to live at a distance from their workplaces and shopping areas. As cities expanded, social and ethnic neighborhoods tended to become more distinct.

Affordable electric household appliances made life more comfortable for the majority of Americans. The rising standard of living also increased the pressure on housewives and wage earners to "improve" their own conditions and conform to new expectations.

Lewis Latimer found many outlets for his talents within the rapidly growing Edison General Electric Company. Shortly after joining the company, he became a member of the engineering department located in the company headquarters at 42 Broad Street, where he remained until 1889. Recalling these years, Latimer gave this description of how prejudice affected him in the workplace:

Now his color began to be a draw back to him. Every new workman who came into the office saw for the first time, a colored man making drawings; and as often as they came to work in the office they tried to pretend that he could not do their work. But he had had such long experience and was so well posted in all kinds of drawing that they soon were forced to acknowledge his exceeding ability which was far above the average at that time.

By 1890 many of the practical problems of developing electrical lighting systems had been solved, and the new technology had fulfilled many of the expectations of industry pioneers.

Latimer turned his attention to writing a book about Edison's power system. Revealing personal feelings about the incandescent lamp to which he had devoted so much of his life, Latimer wrote, "Like the light of the sun, it beautifies all things on which it shines, and is no less welcome in the palace than in the humblest home." 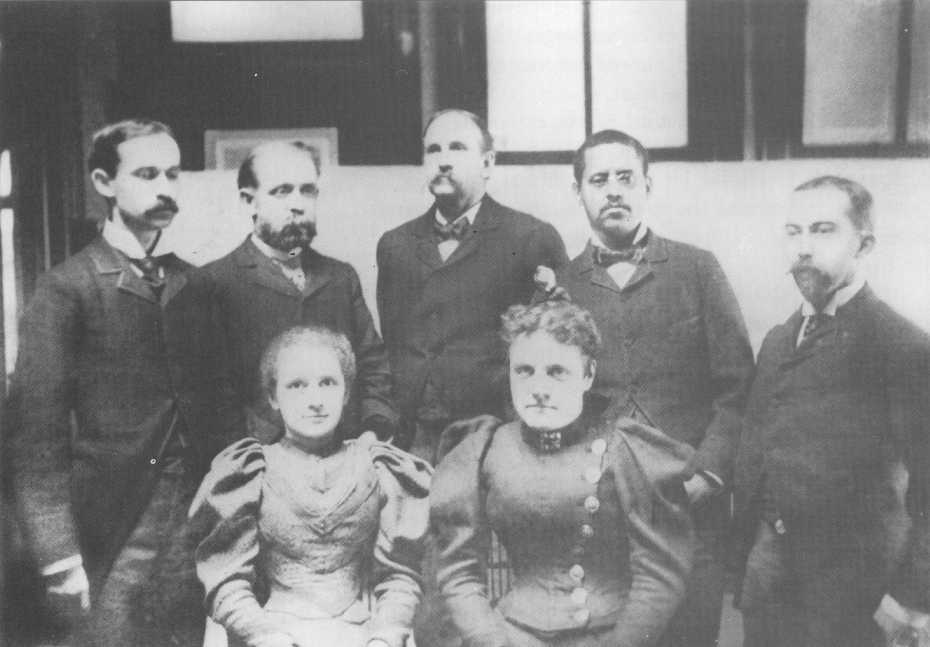 G.E. Legal Department: Expert's Office, 1894Lewis Latimer subsequently joined the Legal Department of Edison General Electric, where he served as draftsman and patent expert. Competition among electric companies was keen. Edison's patents were frequently challenged in court, with cases dragging on for about ten years. Emotions ran high, and accusations of unethical, even criminal behavior were commonplace.

Latimer served Edison's legal team as patent investigator and expert witness, testifying on Edison's behalf many times. The following quotations give a feeling for the tenor of the patent wars:

—Lewis H. Latimer, 1889: "[Maxim was] exceedingly jealous of anything in the nature of inventive ability being displayed by any of the workmen" (unpublished affidavit, Henry Ford Museum and Greenfield Village, collection 1630, box 38, folder 3).
—Edward E Weston, 1893: "I can truly say that I have honestly endeavored to discover the existence of any moral qualities in some electric light companies, and failed to find any. In this particular matter, the course of both parties would bring a blush of shame to the face of an honest man . . ." (Electricity, vol. 4, March 2, 1893, p. 128, "Address to National Electric Light Association").
—Thomas Edison, 1914: "Making things which kill men is against my fiber. I leave that death-dealing work to my friends the Maxim brothers" (The New York Times, October 25, 1914).

My Situation as It Looked to Me in 1912In 1896, General Electric and Westinghouse jointly formed the Board of Patent Control. The purpose was to coordinate their patent licensing and avoid further lawsuits. Latimer became its chief draftsman and full-time patent consultant. When the board was dissolved in 1911, Latimer again faced an uncertain future, despite his reputation and considerable skills. Ultimately he joined the firm of an old friend and colleague Edwin Hammer. He remained associated with Hammer as a patent consultant until ill health forced him to retire in 1922 at the age of seventy-four.

Recognition as a Pioneer

Edison Pioneers Membership Certificate, 1921The Edison Pioneers were a group of distinguished men who had participated in the early years of the electric light industry. 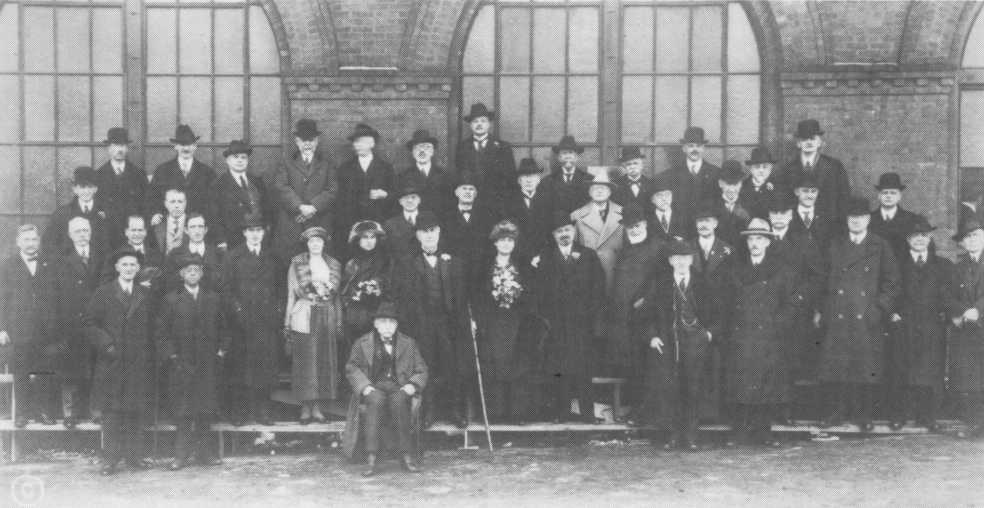 The Edison Pioneers, 1920In 1918, Latimer was invited to join the Pioneers as one of the original twenty-eight charter members—all of whom had worked with Thomas Edison prior to 1885. Edwin Hammer and his brother William were also recognized as "Pioneers."

Like all of the Pioneers and many others who worked for Edison, Latimer held the famous inventor in high regard. These poignant stanzas are excerpted from a longer poem that Latimer wrote near the end of their long association.

If there be those who took their part
To aid him in his work and art
They'r glad they lent both head and heart.
To Edison