Thomas Alva Edison was the most prolific inventor in American history. He amassed a record 1,093 patents covering key innovations and minor improvements in wide range of fields, including telecommunications, electric power, sound recording, motion pictures, primary and storage batteries, and mining and cement technology. As important, he broadened the notion of invention to encompass what we now call innovation-invention, research, development, and commercialization-and invented the industrial research laboratory. Edison's role as an innovator is evident not only in his two major laboratories at Menlo Park and West Orange in New Jersey but in more than 300 companies formed worldwide to manufacture and market his inventions, many of which carried the Edison name, including some 200 Edison illuminating companies. 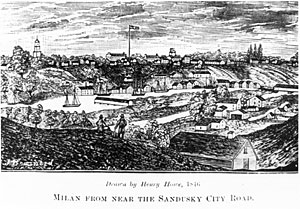 Edison was born in 1847 in the canal town of Milan, Ohio, the last of seven children. His mother, Nancy, had been a school teacher; his father, Samuel, was a Canadian political firebrand who was exiled from his country. The family moved to Port Huron, Michigan, when Thomas was seven. He attended school briefly but was principally educated at home by his mother and in his father's library.

In 1859 Edison began working on a local branch of the Grand Trunk Railroad, selling newspapers, magazines, and candy. At one point he printed a newspaper on the train, and he also conducted chemical experiments in a baggage-car laboratory. By 1862 he had learned enough telegraphy to be employed as an operator in a local office.

From 1863 to 1867 he traveled through the Midwest as an itinerant telegrapher. During these years he read widely, studied and experimented with telegraph technology, and generally acquainted himself with electrical science.

In 1868 Edison became an independent inventor in Boston. Moving to New York the next year, he undertook inventive work for major telegraph companies. With money from those contracts he established a series of manufacturing shops in Newark, New Jersey, where he also employed experimental machinists to assist in his inventive work.

Edison soon acquired a reputation as a first-rank inventor. His work included stock tickers, fire alarms, methods of sending simultaneous messages on one wire, and an electrochemical telegraph to send messages by automatic machinery. The crowning achievement of this period was the quadruplex telegraph, which sent two messages simultaneously in each direction on one wire.

The problems of interfering signals in multiple telegraphy and high speed in automatic transmission forced Edison to extend his study of electromagnetism and chemistry. As a result, he introduced electrical and chemical laboratories into his experimental machine shops.

Near the end of 1875, observations of strange sparks in telegraph instruments led Edison into a public scientific controversy over what he called "etheric force," which only later was understood to be radio waves. 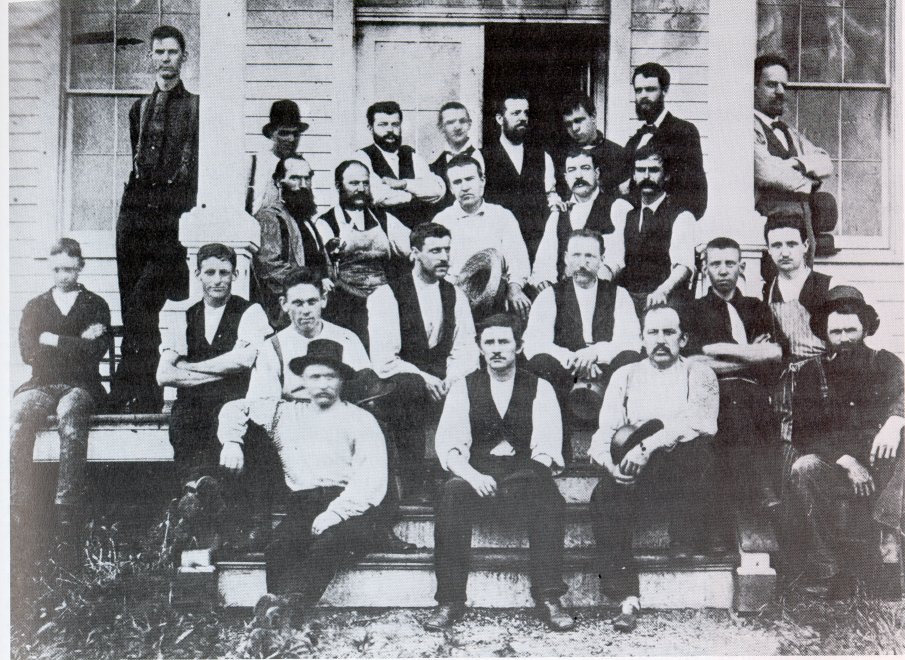 In 1876, Edison created a freestanding industrial research facility incorporating both a machine shop and laboratories. Here in Menlo Park, on the rail line between New York City and Philadelphia, he developed three of his greatest inventions.

Urged by Western Union to develop a telephone that could compete with Alexander Graham Bell's, Edison invented a transmitter in which a button of compressed carbon changed its resistance as it was vibrated by the sound of the user's voice, a new principle that was used in telephones for the next century.

While working on the telephone in the summer of 1877, Edison discovered a method of recording sound, and in the late fall he unveiled the phonograph. This astounding instrument brought him world fame as the "Wizard of Menlo Park" and the "inventor of the age."

Finally, beginning in the fall of 1878, Edison devoted thirty months to developing a complete system of incandescent electric lighting. During his lamp experiments, he noticed an electrical phenomenon that became known as the "Edison effect," the basis for vacuum-tube electronics.

He left Menlo Park in 1881 to establish factories and offices in New York and elsewhere. Over the next five years he manufactured, improved, and installed his electrical system around the world. 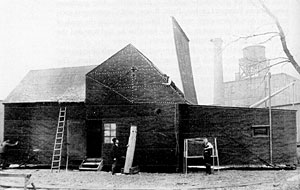 In 1887, Edison built an industrial research laboratory in West Orange, New Jersey, that remained unsurpassed until the twentieth century. For four years it was the primary research facility for the Edison lighting companies, and Edison spent most of his time on that work. In 1888 and 1889, he concentrated for several months on a new version of the phonograph that recorded on wax cylinders.

Edison worked with William Dickson from 1888 till 1893 on a motion picture camera. Although Edison had always had experimental assistants, this was the clearest instance of a co-invention for which Edison received sole credit.

In 1887 Edison also returned to experiments on the electromagnetic separation and concentration of low-grade iron and gold ores, work he had begun in 1879. During the 1890's he built a full-scale plant in northern New Jersey to process iron ore. This venture was Edison's most notable commercial failure. 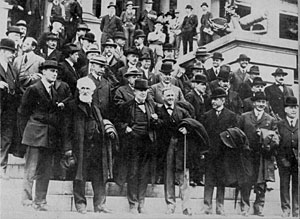 After the mining failure, Edison adapted some of the machinery to process Portland cement. A roasting kiln he developed became an industry standard. Edison cement was used for buildings, dams, and even Yankee Stadium.

In the early years of the automobile industry there were hopes for an electric vehicle, and Edison spent the first decade of the twentieth century trying to develop a suitable storage battery. Although gas power won out, Edison's battery was used extensively in industry.

In World War I the federal government asked Edison to head the Naval Consulting Board, which examined inventions submitted for military use. Edison worked on several problems, including submarine detectors and gun location techniques.

By the time of his death on October 18, 1931, Edison had received 1,093 U.S. patents, a total still untouched by any other inventor. Even more important, he created a model for modern industrial research.